Marchington Village was settled by the Saxons and is recorded in the Doomsday Book 1086. the 13th/14th centuries.

An even older settlement lay at the top of Marchington Cliff. Though originally closely aligned with the brook, the present road pattern can be traced back to the 13th century, their antiquity marked by their deeply sunken character.

What is now Marchington Woodlands was literally just woodland at the time of Doomsday. It was steadily cleared over the next two or three centuries. It has remained essentially open woodland pasture. In late Elizabethan times the land was enclosed, establishing the field pattern that is largely unaltered to the present day. Marchington Woodlands became a village in 1859 with the opening of the parish church.

In 1941 a USA army camp was built in Marchington. The vicarage became the headquarters and an officers’ mess was built in Silver Lane. It became a prisoner-of-war camp in 1944 when the soldiers left for the D-Day invasion of Europe. The British army was still using the camp until the 1960s but the land was finally sold in 1980.

The prosperity of Marchington and Marchington Woodlands has been based around dairy farming and today’s landscape is rooted deep in the past. 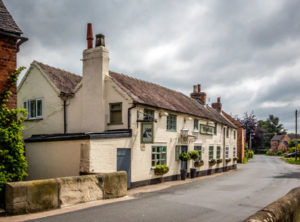 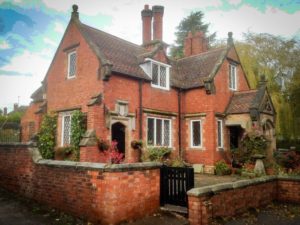